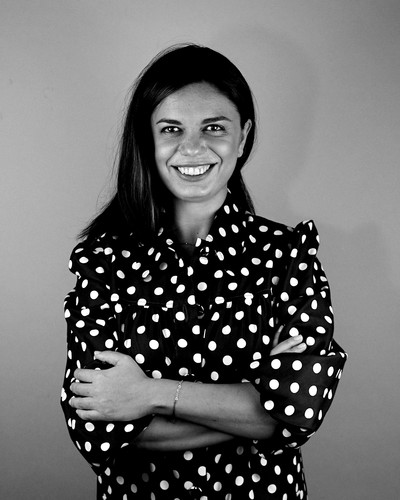 Representative Office Director of the Croatian National Tourist Board in Italy

Graduated from the Faculty of Tourism and Hospitality Management in Opatija, a city with a long tourism history - known as the pearl of the Adriatic or Queen of Croatian tourism.
Her working career began, developed and continues within the tourism sector. Starting with student internships (hotels, travel agencies, tourist information centres, tourism fairs), while later taking on positions of greater responsibility: first in the Kvarner region Tourist Office, as a marketing manager, followed by 13 years at the Headquarters of the Croatian National Tourist Board in Zagreb. Where she held various positions over the years including: head of public relations, publishing and event organization.

She collaborated closely with CNTB representative offices abroad, maintained relations with local and regional tourist boards within Croatia, as well as established relationships with representatives across the Croatian tourism industry, various associations and Croatian ministries, along with international institutions such as the UNWTO (World Tourism Organization), ETC (European Travel Commission) and ECM (European Cities Marketing). She has also organized large-scale events and various conferences in Croatia, both in and for the domestic tourism industry, but also for members and partners of various international tourism associations such as USTOA, FIAVET, SNET, ACAVE, ABTA, etc. She also managed the Croatian information office during the Olympic Games in Beijing, and during Pope John Paul II's visit to Rijeka in Croatia.

She currently holds the position of Representative Office Director of the Croatian National Tourist Board in Italy.
She loves promoting her country and working closely with people. She speaks German, English and Italian, with a primary working knowledge of Spanish. She is also exceptionally passionate about sports and food.

Select the day that you prefer

Fiavet and the outgoing: meeting with the Tourist Boards – balance and prospects

Kyriaki Boulasidou
Director of the Greek National Tourism Board

Rıza Haluk SŐNER
Directorate of the Culture and Information Office

Do you confirm the pre-accreditation for this conference?